In tribute to The Queen and after a public vote, the peregrine falcon chicks of Salisbury Cathedral, hatched in April, have been named after royal dogs.

The Wiltshire cathedral’s tower has famously been home to nesting peregrines since 1864 and their absence was felt keenly when they disappeared in 1953. During the following two decades, their countrywide population plummeted, mostly due to the use of organochlorine pesticides, which worked their way up the food chain to cause eggshell thinning and failed nests. However, the chemicals dropped out of use, numbers increased and, since 2014, the birds have returned to the cathedral every year to breed. Since then, 27 chicks have been ringed and successfully fledged.

The heaviest of this year’s four is Willow, named for The Queen’s late corgi, and Monty is named for the Queen Mother’s corgi; both starred alongside the monarch and Daniel Craig in a skit for the opening of the 2012 London Olympics. Vulcan’s namesake is The Queen’s dorgi (dachshund/corgi cross), who was photographed with his mistress by Annie Leibovitz for the cover of Vanity Fair in 2016. Lastly, Noble, named for Queen Victoria’s five collies (Noble I, Noble II and so on), created a slight drama recently when he fell off the tower from his balcony nestbox, 223ft up; he fledged successfully last week. 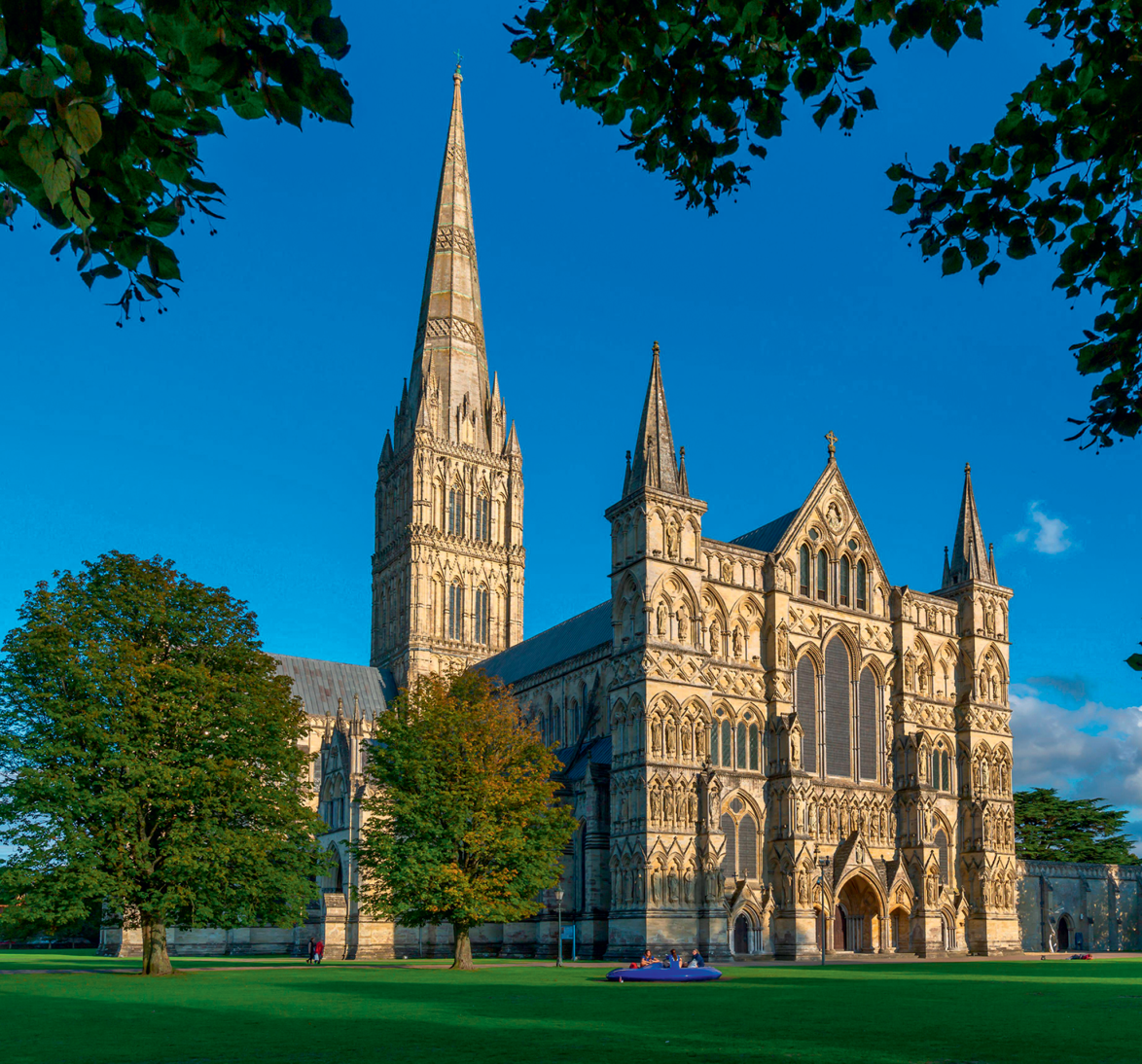 ‘Once the peregrines turn up in February, we leave them to it. We ring the chicks and have a clean up in May — they’re quite messy houseguests,’ explains clerk of works Gary Price, who looks after the nest box and rescued Noble when he fell.

‘I think there must have been a gust of wind and he just slipped off, but he graciously glided down towards the west front and into someone’s garden. A lady rang the vestry to say there was a peregrine chick on her lawn, so I borrowed a towel, picked him up (thankfully uninjured) and walked back up the 332 steps to the top. Males always fledge before the females as they’re lighter and Noble has been spotted flying round the tower today [last Tuesday].’

He continues: ‘They’ll all fledge over the next couple of days and then they’ll be flying around the spire and tower for six or eight weeks, with their parents teaching them how to hunt and catch prey in mid flight. Towards August, they’ll slowly go off by themselves one by one. They generally head east and they don’t go very far. I would love it if one of them came back to nest in the place they were hatched. It’s never happened yet — fingers crossed.’