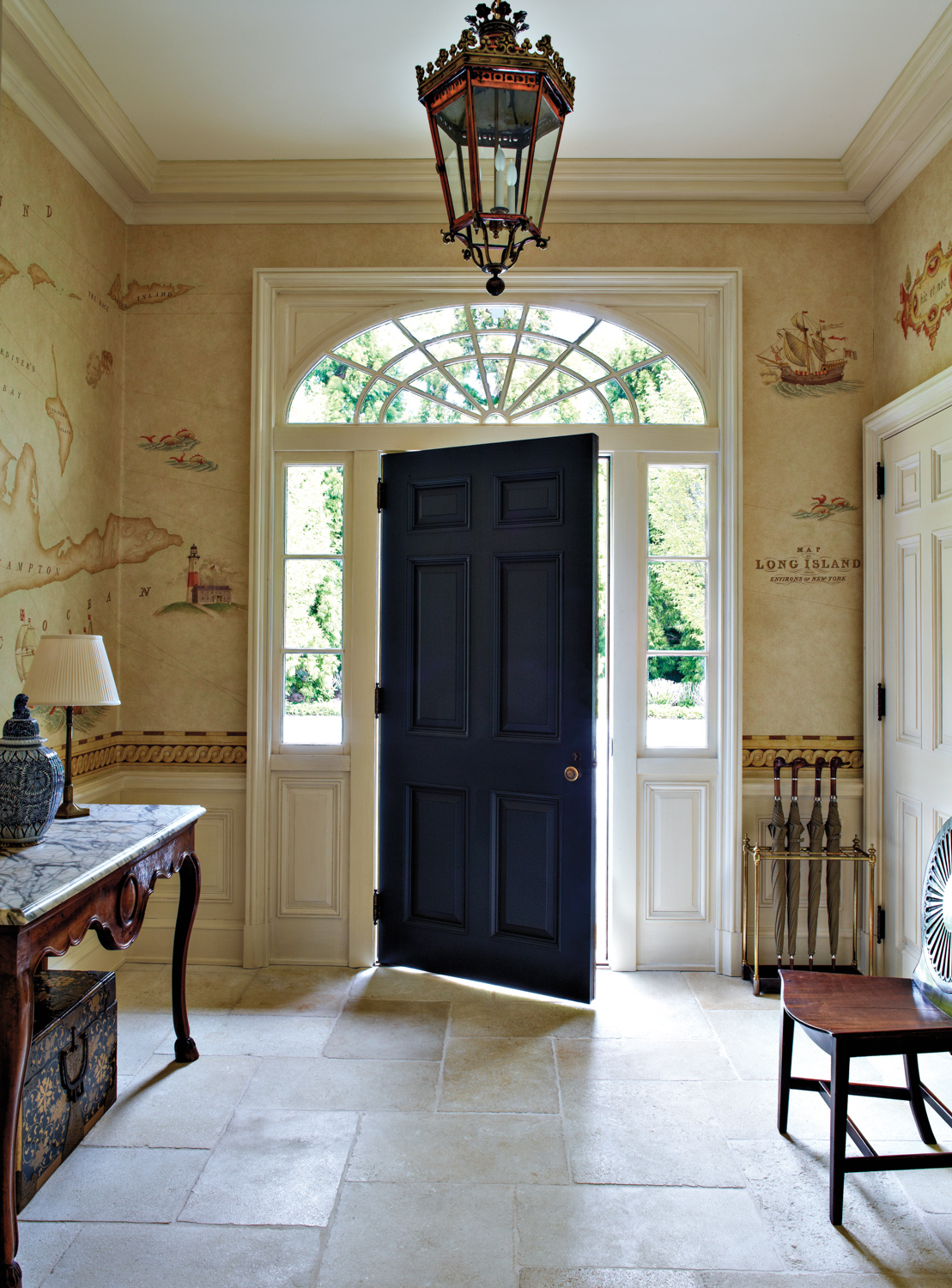 For designer Elizabeth Lawrence, a ground-up guest residence in Southampton provided a unique opportunity to bridge the old with the new.

Building upon Georgian-influenced architecture by Michael Dwyer (largely inspired by Frances Elkins’ interiors), and led by her client’s appreciation for antiques, Lawrence began layering palette and pattern to imbue a sense of calm, collected sophistication to the dwelling, which serves as a year-round getaway. The result reads “a bit like an English country home, but with a Southampton twist,” notes Lawrence, of Bunny Williams.

She kept the ethos of-a-place with choice details like a bespoke mural by Artgroove depicting the town, replete with ships and lighthouses, and subtly coastal paint colors custom-crafted by Donald Kaufman.

“The mix of casual living in a formal architectural setting is what makes this project so interesting,” muses the designer, pointing to the breezy spirit of the open-concept living-dining room—a pleasing contrast to the grand architectural detailing. A similar dichotomy can be found in the modern throughlines that lace together collections of wooden antiques, sumptuous, high-pile carpets and historically reverent textiles.

Modern artworks and contemporary lighting are hallmarks of the design, and Lawrence’s artful placements—like an enormous Noguchi lantern above the dining table—typify the “Southampton twist” she endeavored to achieve at the outset. “At night, when that’s the only thing lit,” she notes, “it almost looks like the moon is hanging there.”

UP THE CHARM FACTOR

The draw of pastoral style is alive and well in American design. Get your fill of cottagecore inspiration with this charming guest cottage, country-chic apartment, cheery farmhouse or rustic potting shed.

Inside A Southampton Guest Cottage With English Country Charm