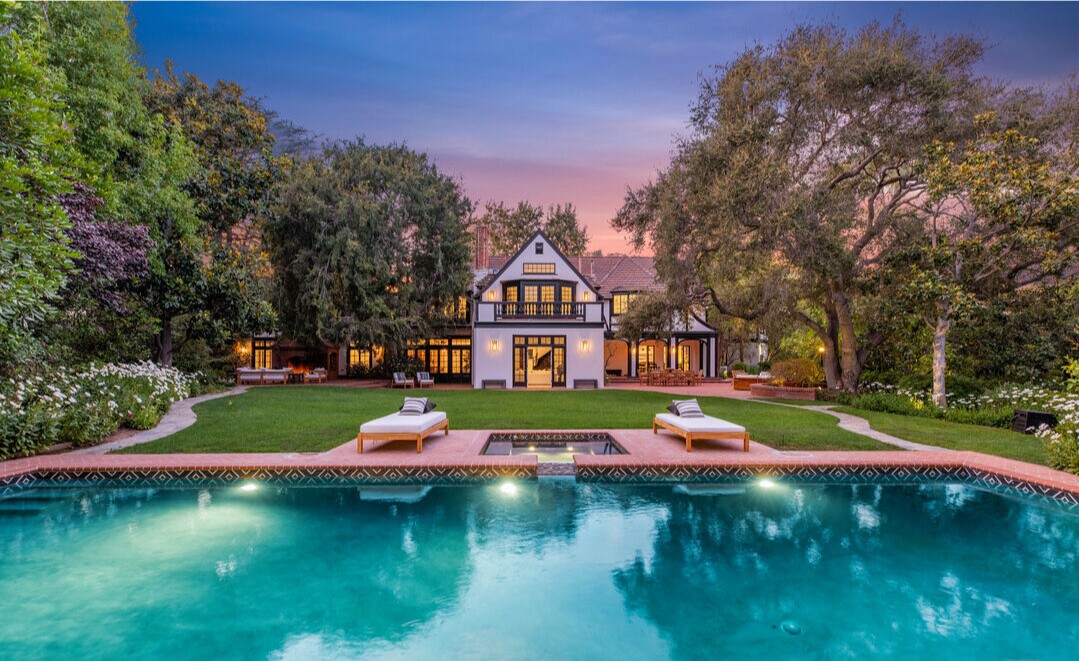 The longtime home of Steven Bochco — the late TV producer behind shows such as “Hill Street Blues” and “L.A. Law” — has surfaced for sale at $35 million in Pacific Palisades.

The traditional-style estate has a few good things going for it. First off, it was built in 1937 by Paul R. Williams, the iconic architect who worked on thousands of projects across Southern California during his prolific career that included the Beverly Hills Hotel and LAX’s iconic Theme Building.

The property also sits on a double-lot with 1.4 acres, making it one of only a handful of homes currently on the market in the Palisades with more than an acre.

There’s also a bit of celebrity pedigree, as the estate was once owned by actor Sylvester Stallone. Bochco bought it in 1997 and died in 2018. His estate is overseeing the sale.

Tucked behind gates and surrounded by a masonry wall for extra privacy, the property centers on a 10,853-square-foot mansion with seven bedrooms and eight bathrooms spread across two stories. Warm woods and white walls mix in the living spaces, and the kitchen adds some flair with a brick fireplace and breakfast nook topped by a rotunda.

Another rotunda hangs above the foyer, which features walls of windows and a sweeping staircase. Other highlights include a library, wine cellar, private guest wing and family room with a projector.

Gardens and grass surround a swimming pool and spa out back. A guesthouse, cabana and tennis court complete the scene.

Bochco racked up 10 Emmy Awards during his decades-long career for “Hill Street Blues,” “L.A. Law” and “NYPD Blue.” His other credits include “Cop Rock” and “Doogie Howser, M.D.”