‘CAOS’ Star Gavin Leatherwood Kicks Off Music Career: What to Know About His Debut Album 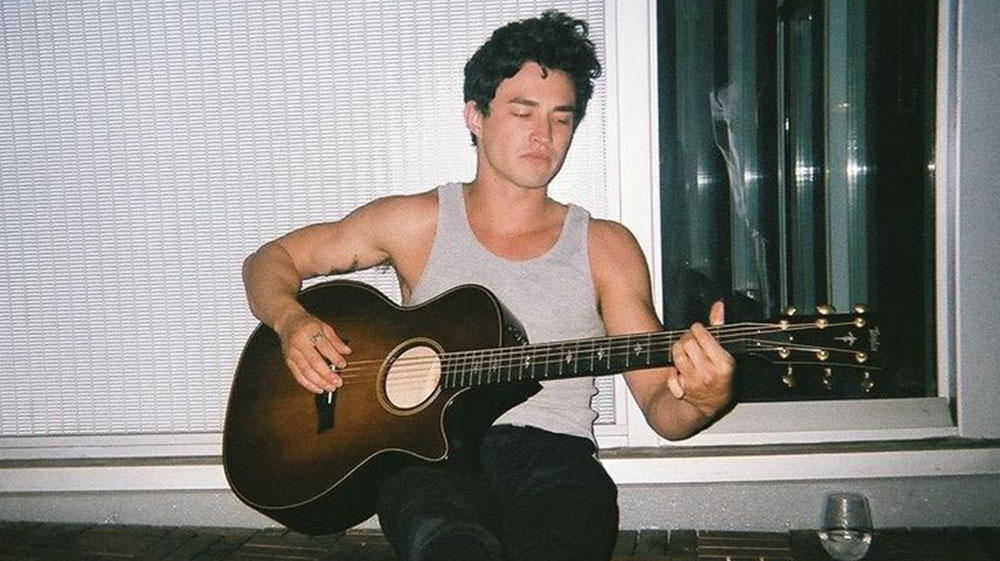 From Netflix to the music world! Gavin Leatherwood is gearing up to release his debut album months after saying goodbye to his role as Nick Scratch on Chilling Adventures of Sabrina.

The actor first teased the record while chatting with the New York Post’s Page Six in January 2021. When asked about his current relationship status, Gavin explained that “my guitar is kind of [my] girlfriend,” adding, “I’ve just been playing a lot of music. Just working on this music album and she’s been my main love.”

Since then, he’s taken to social media with continuous updates throughout the recording process. After spending a bulk of the ongoing coronavirus quarantine in his native Oregon, Gavin took a trip to Los Angeles in late 2020 and early 2021 to perfect his first batch of tunes. In February 2021, he shared an update via Instagram, revealing that the album is “almost DONE” and “it’s a very bittersweet feeling.”

“I’m VERY excited to share all these songs with you guys,” the musician added alongside a photo of the tracklist. As for dropping his debut single, “Just For Tonight,” Gavin told HollywoodLife in April 2021 that he felt “absolutely excited” and “fear, too.”

“My joy really comes from creating and to release the things, to share the things,” he told the publication. “It’s almost like you’re casting a little baby out into the —  a fun, upbeat little baby.”

The actor-turned-musician added, “For a long time, I thought that music was supposed to solve all the problems of the universe in four minutes or so … And with this song, I just sort of realized that songs can also just really be fun. There are other songs in which I try to capture some of that on the album. But this was, it’s just my baby. ‘Just like go out and have fun in the world.’ So this feels good. I’m excited that people are listening to it and reaching out and saying nice things.”

There was no real decision behind releasing his album, Gavin also told HollywoodLife. “It was just kind of like, why not?” he explained. ” I have been sitting on music and felt like it was sort of gotten to a point where I began to fester. And releasing it, it’s something that feels good, to sort of rid yourself of the anxiety of holding onto something that would otherwise go unsaid.”

Scroll through our gallery for all the details on Gavin’s debut album, including release date, song titles and more!