Karl and Peter wanted to try wallpaper in the primary bedroom – but, where to put it? “That’s where the ceiling came in,” says Peter. “It’s a small-scale print made up of subtle creams, taupes and browns, but it’s more of a texture than a print,” adds Karl. It adds to the rug’s design. To increase natural light, the luxurious mohair headboard is channelled vertically. The metal-framed mirror above it is hung high to magnify the natural light.

Ready-made sheers can be used from wall to wall. “Not only do they allow for diaphanous light, they cleverly disguise the home’s original shutters and shorter windows,” says Peter. The sofa was designed with a low back so it wouldn’t block the window and could be moved, if desired, to sit at the end of the bed.

“You walk through the dressing room on your way to the bedroom, so we wanted it to be dramatic.” – Karl Lohnes 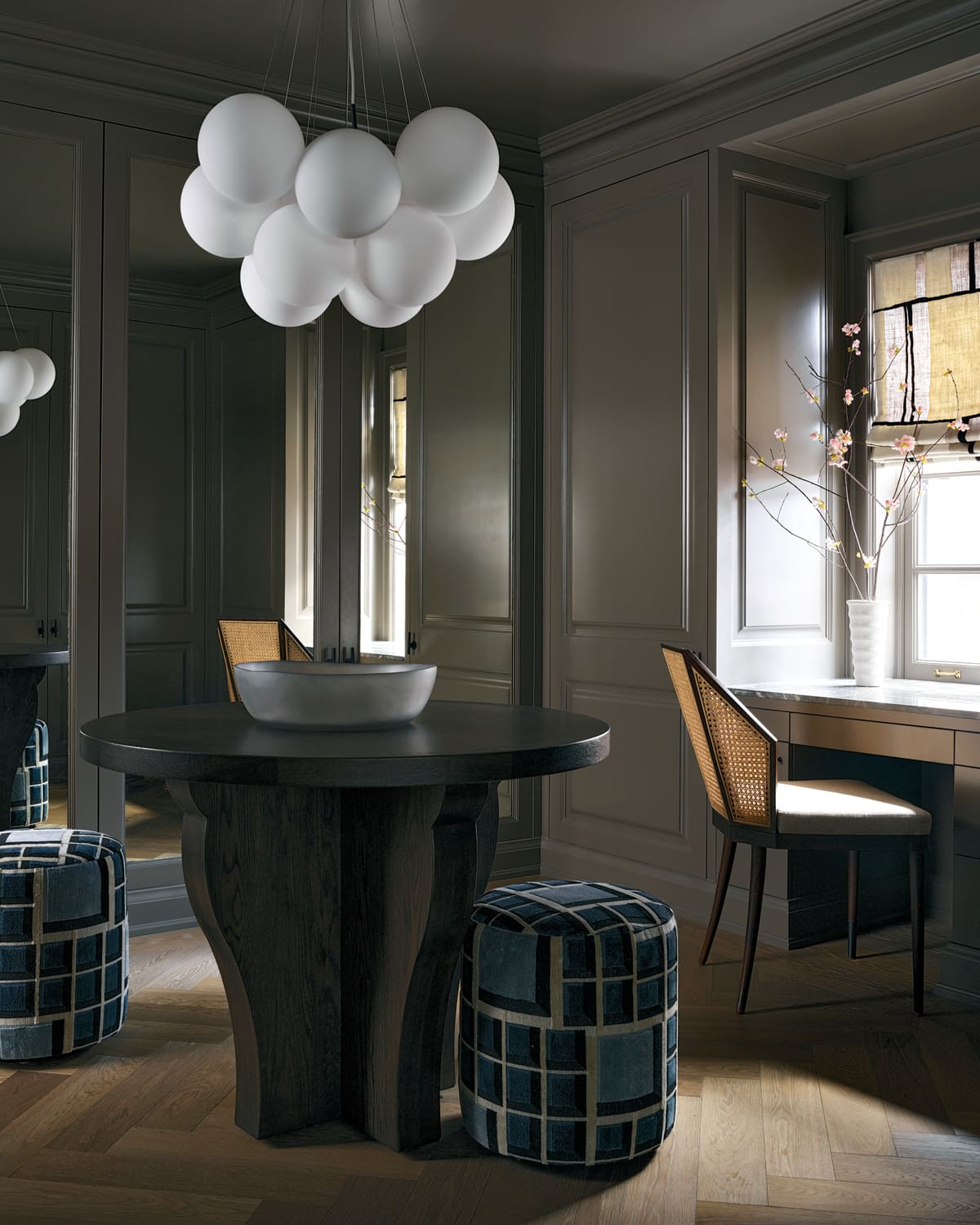 “It’s moody and luxurious,” says Peter of the library/dressing room that acts as a vestibule between the hallway and the primary bedroom. This space is far removed from the 1980s oak-covered spaces of its past. To give the ceilings a higher look, the trim, baseboards, and ceilings were painted the exact same colour in high-gloss. A bubble chandelier encircles a majestic round table.

“Navy blue is often a classic colour choice for kids’ rooms, but teal ups the ante on style and sophistication.” – Karl Lohnes 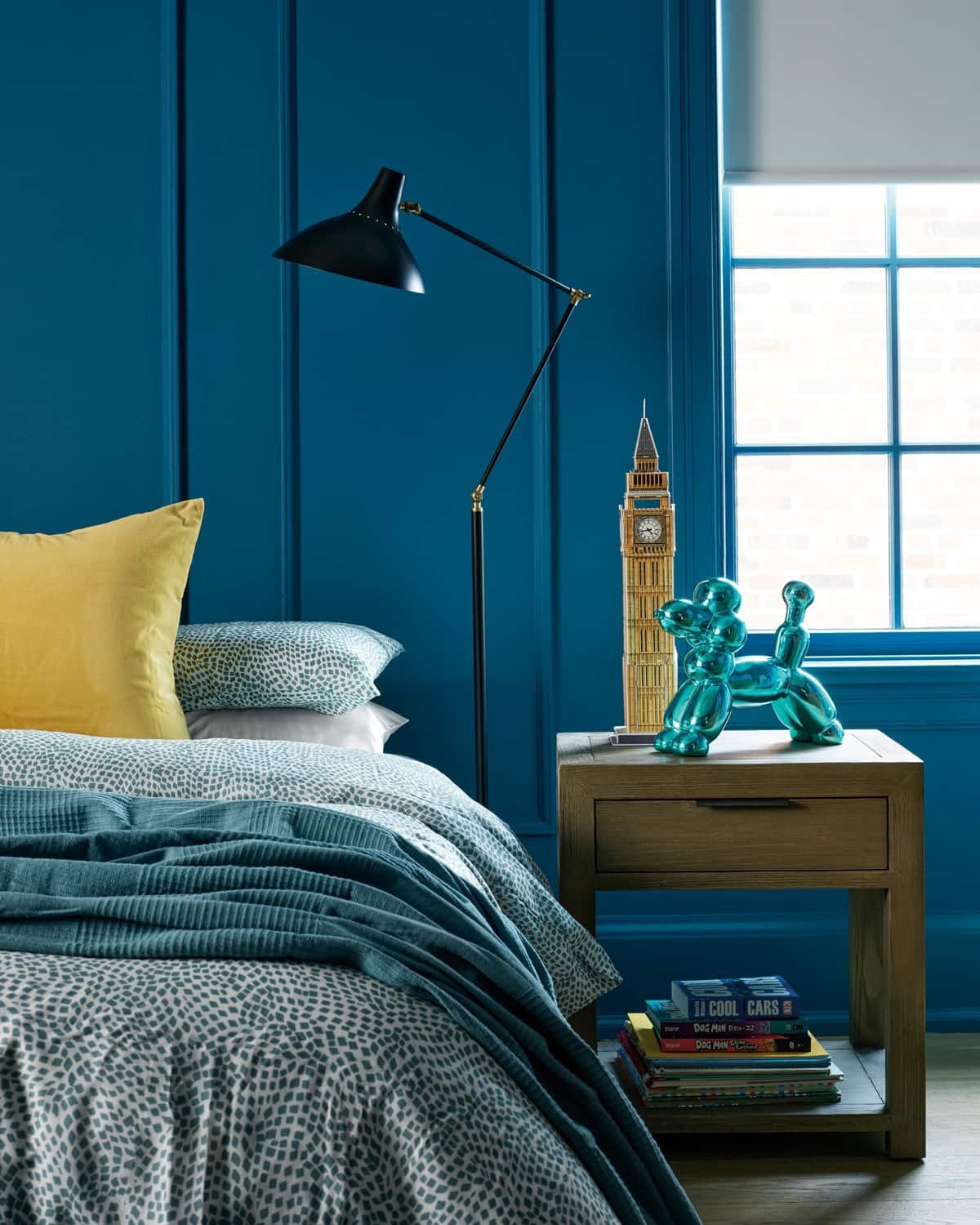 Karl and Peter transformed what had once been a traditional-looking bedroom into a just-for-him space for the clients’ 12-year-old son. Radiant blue is used for the trim, walls and windows. 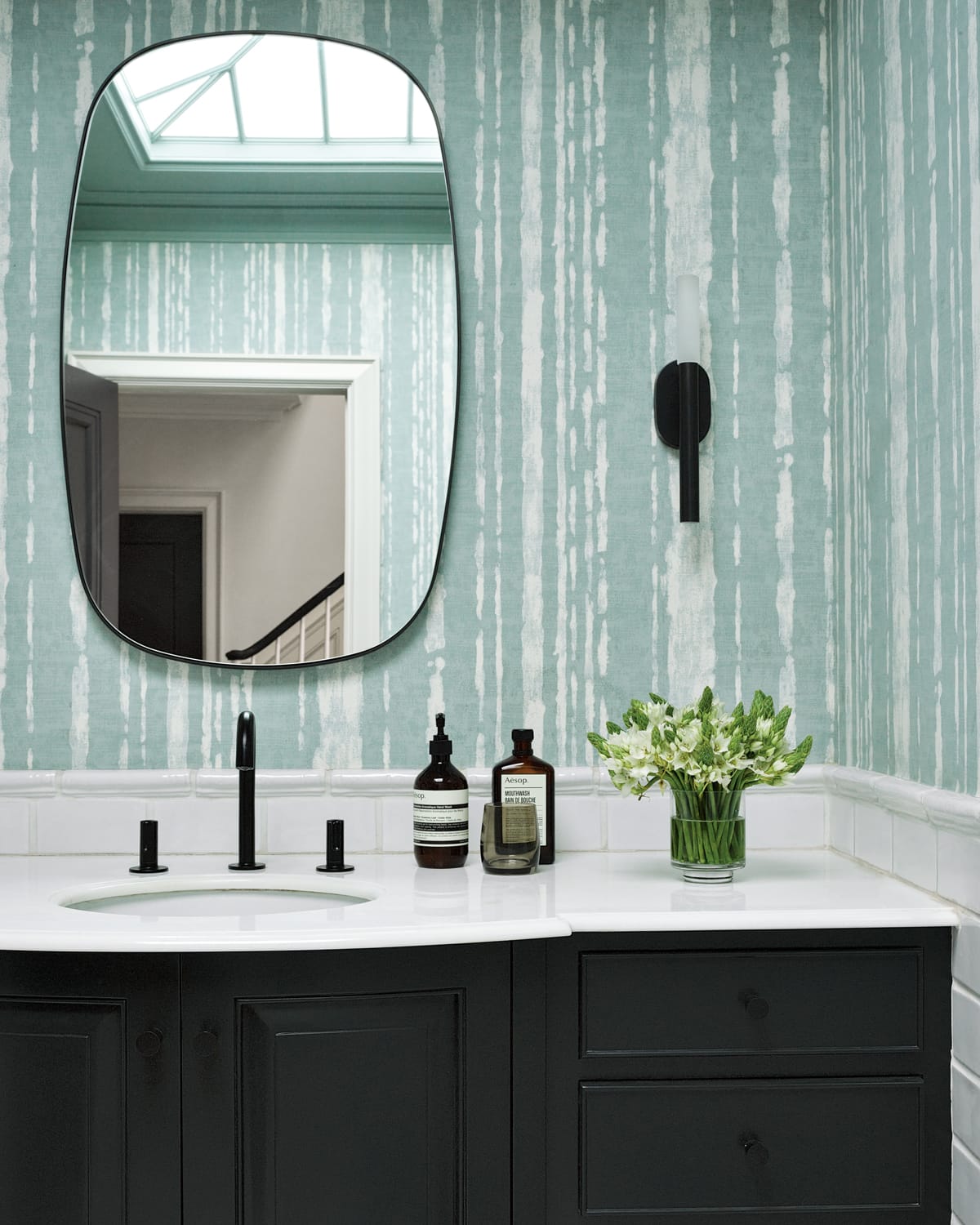 “The son’s bathroom shows you what a little makeover can do,” says Karl. “The wallpaper was already there, and it worked!” Painting the vanity, hanging a bolder mirror and changing out the fixtures modernized the space instantly.